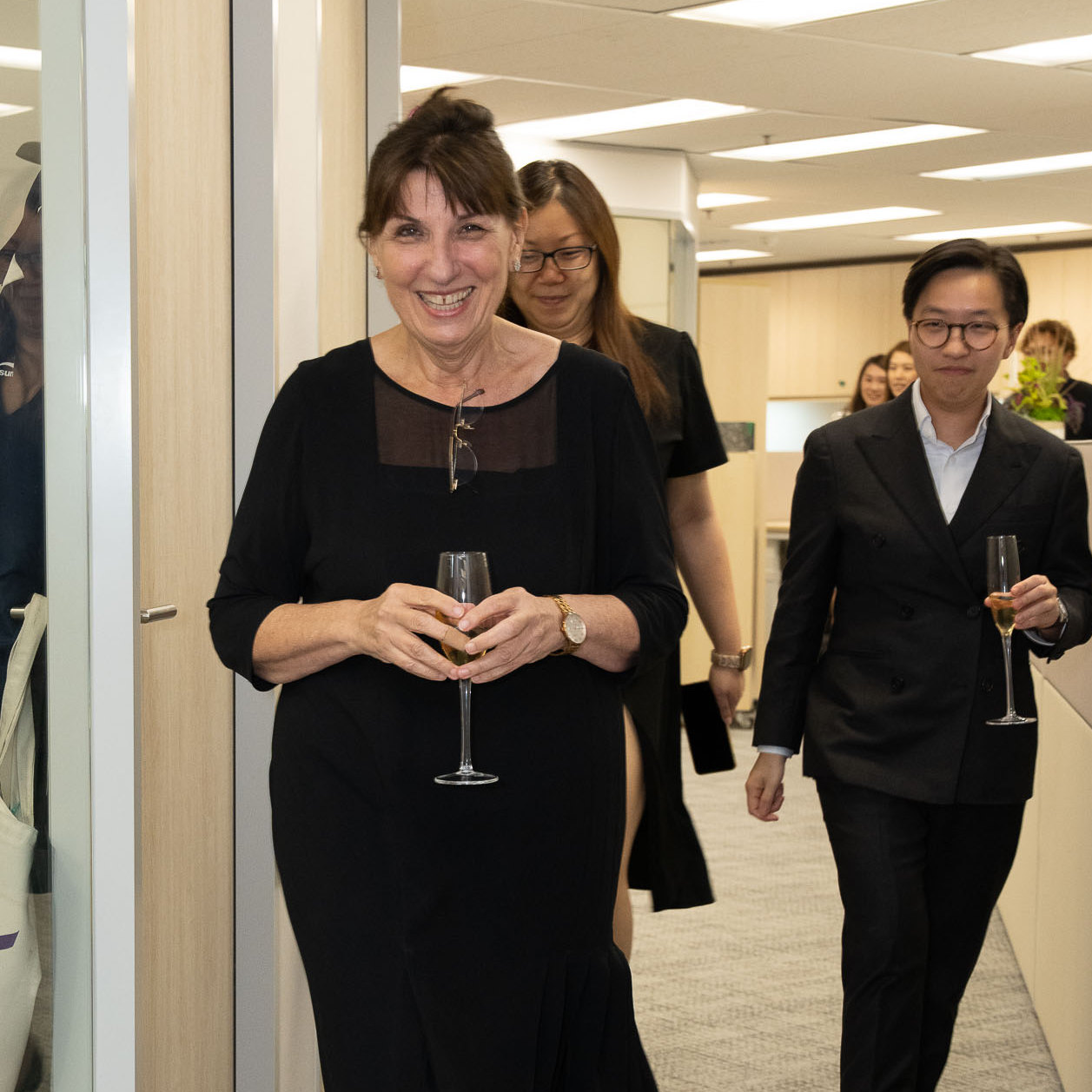 “I love working in family law, but it can be a bit of a conversation killer,” says Sharon Ser, partner at Rita Ku & Ser. “Because you say family law, but everybody knows it’s divorce and divorce-related. And people gulp, particularly other lawyers, and ask how you can cope with all that misery.”

The answer, seemingly, is that she copes well. Ser brims with positivity, a quality that has contributed to her longevity and success in the field.

“What interested me most about family law was realising that with an incredibly positive and proactive attitude, you can turn people around from believing this is the worst time of their life into [believing it is] a new phase of opportunity,” says Ser, who particularly enjoys working with women and bringing them round to the realisation that while life may not be going the way that they envisioned it, she can help them start considering alternatives and planning a future that involves financial security and emotional confidence. “Because I take this forthright approach, the client either sacks me because they can’t stand that—and that’s fine because if the chemistry isn’t there, then it isn’t there—or they go along with the ride.”

Ser tries to ensure the ride involves a negotiation and not a court of law. “If I’ve become successful, it’s because most people have been able to settle,” she says. “I think you develop a good reputation in this business by someone saying, ‘She got me a great settlement and I was able to move on’.”

Her indomitable positivity is also key to the ride. “It’s nice that you can make the process okay and you don’t deprive a client of believing that they can fall in love again. You don’t want somebody to come out of this process so cynical and bitter and sad that they think, actually, I’d rather never get involved with another person again. You’ve got to give them a little bit of hope.”

Hope is the minimum. Ser has been known to play matchmaker where the situation is right, making introductions between people she has met and worked with and who she thinks might be able to make a positive connection.

And while there are ugly divorces and Ser often hears stories from clients that are so unbelievable they cause her to stop in her tracks, her time in the field has nevertheless not tainted her views on relationships. “I personally love when I fall madly in love. And I love seeing people who are in love,” she says.

The past four decades have seen a number of career highs for Ser. For more than ten years, she was a partner and then a senior regional partner for international law firm Withers. “I’ve done some good things legally and I’ve been instrumental in legal change in Hong Kong and that has been very exciting,” she adds. “But it’s a slow battle and a process that continues.”

In July 2022, Ser left Withers to join fellow family lawyer Rita Ku, who Ser originally hired more than two decades ago as an associate, as a partner at law firm Rita Ku & Ser. The firm’s aim is to deliver tailored, modern family law solutions that accommodate modern needs and reflect the evolving society.

Ser is also keen to focus more on giving back. She has a particular interest in working with those with special needs in Hong Kong. “We have found that our clients are faced with horrific decisions when they have a special needs child. Hong Kong is not great at meeting the needs of children or young adults that are different. We want to work with special needs families to create avenues so that Hong Kong doesn’t have to be a place of departure for them,” says Ser.

As she embarks on the next chapter of her career, Ser shares more on her story and what she has learned along the way in her own words.

The article was originally published on Tatler